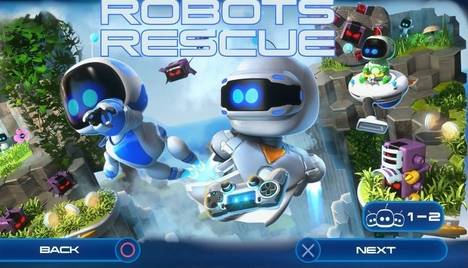 The PlayStation VR (PSVR) is Sony's most recent entry into the home virtual reality market, using its very popular PlayStation 4 console. PSVR owners are entitled to a free collection of mini-games, downloadable as a package under the guise of 'Playroom VR'.

One of the mini-games is called Robot Rescue. It is a third-person platform game featuring lots of familar mechanics from 30+ years of the best platform games, but with all-new elements only made possible by the PSVR's 360 degree immersion.

It's a really fun game and is getting a lot of positive feedback from around the web.

This petition is to encourage Sony to work up this small technology demo into a fully-fledged game. If enough people sign this petition, perhaps Sony will consider it!