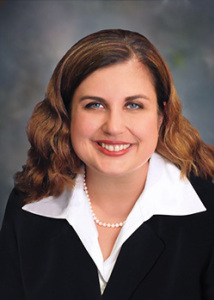 Robinson's Conflict of Interest: Step down from Argus or the County Commission

The obligation of a Sarasota County Commissioner to serve the public interest must not be compromised by competing responsibilities to a special interest group. We the signatories call upon Christine Robinson to step down as Argus Foundation Executive Director, or resign the Sarasota County Commission. It is an unacceptable conflict of interest to do both jobs at the same time.

Background: Last November, Christine Robinson accepted an offer to serve as executive director of the Argus Foundation in 2015. The Argus Foundation represents the interests of over 170 members from development, legal, financial and other business sectors. Argus lobbies County government on a variety of issues, including impact fees, land use decisions and SRQ Airport governance. Argus also lobbies the City of Sarasota on issues including elected mayor, strong City manager, Newton redevelopment, and Downtown development. The executive director of Argus frequently weighs in with City and County Commissioners on these and other issues.

The Argus website states "The Argus Foundation has established liaisons with city, county, state and federal governments.....Activities of the various governmental bodies are monitored and positions are taken on selected issues. With the broad background and practical expertise of the members of The Argus Foundation, we are in a position to advise and assist public officialsin decisions that will affect the life-style, environment and economic well-being of our area now and in the future." http://argusfoundation.org/

Argus is a long established local lobbying organization. This is Conflict of Interest 101. In DC elected officials leave office before working as lobbyists. This ill-considered move by a Sarasota County Commissioner sets a much lower standard.

As Mollie Cardamone, former Mayor of the City of Sarasota put it "Christine Robinson cannot represent both the citizens who elected her and the Argus members, the employers who are paying for her support and leadership in accomplishing their goals. Will she go out front to thepodium and state the case for Argus like [former Argus Executive Director] Kerry [Kirschner] did and then run around to her commission seat and vote? It is my opinion she cannot serve two masters!"

Mrs. Robinson cannot faithfully execute her duties to the public free from undue influence while she is also Executive Director of Argus. We call on Christine Robinson to do the right thing. Embrace sound ethical standards. Resolve this conflict of interest. Step down as Argus Foundation Executive Director, or resign the Sarasota County Commission. It is an unacceptable conflict of interest to do both.