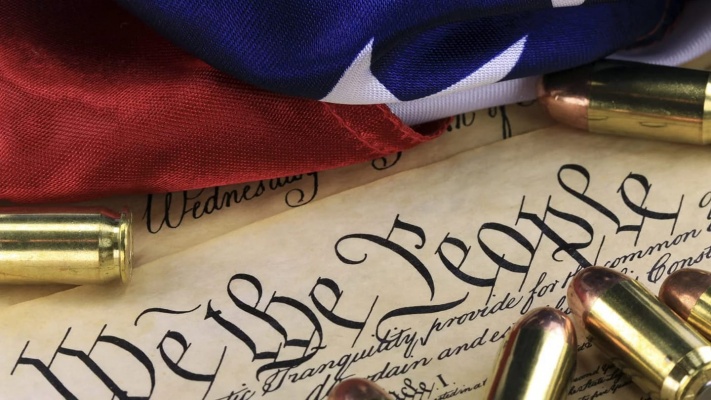 Do you support a resolution which would guarantee citizens of Robertson County, Protection and Preservation of our 2nd Amendment Rights if unconstitutional laws were passed at the state or federal level? The 2nd Amendment of the US Constitution needs no explanation, it has been enforced for 232 years and is currently under attack by lawmakers who have been abusing the power of their offices, breaking their Oaths to support & defend the Constitution, and have not been kept in check by the very People who elected them.

The rights endowed upon us at birth are inalienable and non-negotiable. Governments were instituted among men specifically to secure our inherited Rights such as Life, Liberty & the Pursuit of Happiness. The Constitution specifically states that when the government and its agencies go above and beyond securing Liberty for The People, it is the Right of the People to alter or abolish that government. Our elected officials take an Oath which states they will support and DEFEND the Constitution of the United States. It does not say that they will change the laws to suit their personal agendas.

Currently we have two bills in Tennessee (SB1807 & HB1873) which are essentially what is known as “Red Flag Laws”. These types of laws directly violate the MULTIPLE Amendments of the US Constitution. Not only do they violate multiple Rights of he citizens, but red flag laws are incredibly dangerous as they can be used against innocent people, and they invite abuse of power by virtually anyone who decides to make a call against someone they "believe is a threat". An ex-lover or upset neighbor could make the call out of anger, not because you pose direct threat on yourself or anyone else. Furthermore, people who commit crimes DO NOT FOLLOW LAWS. These kinds of laws only hurt the law abiding and they do not provide solution to help the mentally ill. Furthermore, TN already has multiple CONSTITUTIONAL laws on the books to remove guns from those who are mentally disturbed. They allow basic Rights such as Due Process, where Red Flag Laws do not.

Please sign the petition if you want our elected officials to stand by the Oath they took to protect & defend the Constitution and create a Resolution which states they will not use local resources to enforce UNCONSTITUTIONAL laws if passed at the state or federal level.

“The laws that forbid the carrying of arms are laws of such a nature. They disarm only those who are neither inclined nor determined to commit crimes… Such laws make things worse for the assaulted and better for the assailants; they serve rather to encourage than to prevent homicides, for an unarmed man may be attacked with greater confidence than an armed man.” – Thomas Jefferson Commonplace Book (quoting 18th century criminologist Cesare Beccaria), 1774-1776

“The right of the people to keep and bear arms shall not be infringed. A well regulated militia, composed of the body of the people, trained to arms, is the best and most natural defense of a free country.” James Madison I Annals of Congress 434, June 8, 1789