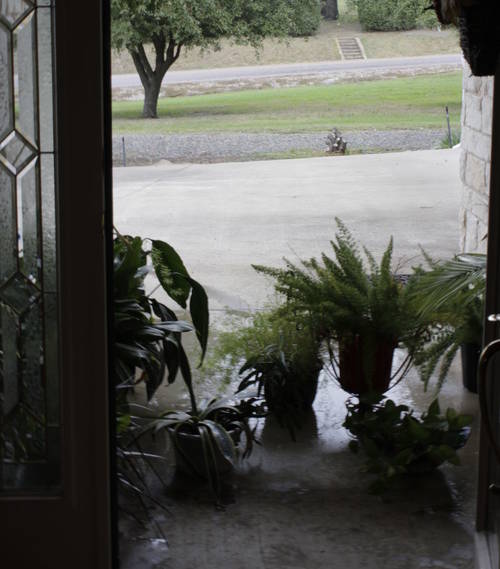 Tuesday, January 10, 2017: In a nutshell, we are very concerned that by signing a water line easement agreement we will also be agreeing to the widening of the road which runs directly between two of the more closely place farmsteads (5) on land which has been in the family since the late 1800's.

Five of our family homesteads sit in close proximity atop a hill in Anna, TX, on land which has been in the Luscombe family since the late 1800's. Our homes are separated evenly by a manageable 2 lane country road.

Twelve years ago a developer came to town and pushed to have the road between our homes widened to a 4 to 6 lane road to benefit his future plans for development. Our community came together to help us tell our story and both The Honorable Commissioners of Collin County and The Anna City Council agreed that the section of road which would dissect our family homes would be placed BEHIND our homes where there is plenty of open land.

Recently we were approached by the City of Anna for a water line easement that runs along our existing 2 lane county road. In asking why they were putting the water line between us since the road was going behind us ...we were told the City of Anna had changed the Comprehensive Plan to again show the road between our homes as a major thoroughfare collector. (80' ROW up to 4 lanes) Please see photo which was taken from inside our home - facing Leslie's home which is located directly behind the steps and large tree.

This project is developer driven for a future sub-division. To some, this may be seen more as the Road to Profit instead of the road to Grandma's House. ANY grandma's house.

In signing and sharing your thoughts we are asking that you simply weigh in on what history, heritage and legacy mean to you. Because after all, we are only stewards and so...we stand.