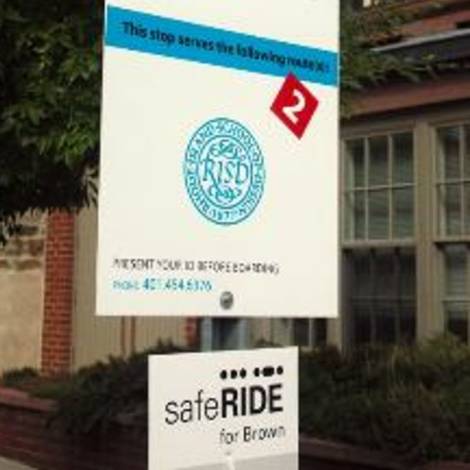 RISD Rides! Petition for more door to door hours + pick students up anywhere (not just an on campus location)!!

In response to the recent student robbing outside of Colonial Apartments (and previous Public Safety Crime Alerts) it is clear that our student body is in need of safe transportation. The robbing happened at 6pm, and many students won't use RISD Rides before 10pm because the "fixed routes" (that start at 7pm) are inconvenient. It's great that we have a "to-your-door" service, but we're on our own if we aren't at an on campus location, or if it's before 10pm. RISD needs to extend the hours of "to-your-door" service to at least when the sun goes down, and allow students to be picked up anywhere in Providence. THE SAFETY OF THE STUDENT BODY SHOULD BE RISD'S TOP PRIORITY!

This is the crime alert from Public Safety from January 20th:

Dear members of the RISD community,

At 6:00 p.m. today a RISD student entering the Colonial Apartments on
Benefit Street was approached and robbed by three males, one with a
handgun. After demanding the student’s cell phone, the suspects fled the area. Our student was not injured during the incident.

Anyone with information about this incident is asked to contact the Providence Police Department at 401-272-3121. When you are out at night, we remind you to walk in pairs or group in well-lit areas and utilize RISD Rides whenever possible. If at any time you feel unsafe or observe suspicious activity, call 911 or the Public Safety emergency number: 401-454-6666. We encourage you to store this number in your cell phone.