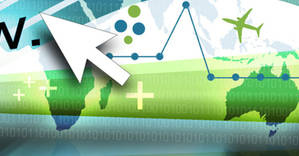 Lets join together and rid Aurora of its Internet CRISIS!!! Hamilton has a Monopoly over this town limiting us to Overpriced Internet bills and Speeds slower than a Hybrid with a dead battery. While everyone is leaping into the future with there speeds up to Gbps. We are stuck in the stone age. We need fibre optics. We need lower bills. We need affordability. Lets get this signed so Hamilton can see we won't stand for this! Don't let them be in charge of your wallet! Take action TODAY!!!!