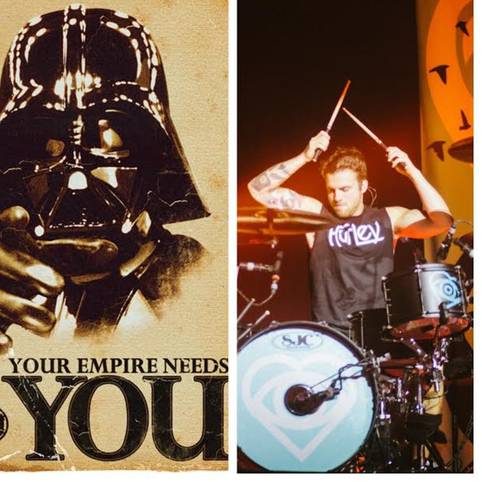 A long time ago in a galaxy far far away Star Wars was created. Who would have thought that in 1977 the Star Wars universe would take over and be so popular in 2016. A similar thought one man has is this "Did I ever think I would be playing music professionally as a career?!" This is the thought of a young Jedi; Rian Dawson, who plays drums in the popular pop punk band All Time Low. Many people around the world love Star Wars and many people love the band All Time Low. What's crazy is this fantastic Jedi-drummer breed has never seen Star Wars! All of his closest padawans are fans and have seen the movies multiple time. With the recent release of Star Wars; The Force Awakens, we believe its time that Rian puts down the drum sticks and picks up his light saber and enjoys these classic movies. Star Wars & All Time Low fans unite to get your favorite drummer/Jedi to see these films and help him fulfill his destiny. MAY THE FORCE BE WITH US.