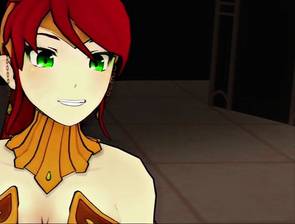 Pyrrha was a popular character. Rooster Teeth might start losing fans, at least RWBY fans. If Pyrrha is not revived at all, there may not be any RWBY fan left in the RWBY fandom! People might even start leaving the Rooster Teeth fandom! I have notices people saying something about leaving the RWBY fandom due to the death of Pyrrha. I have even noticed people saying Monty Oum planned her death. Even if he planned her death, why stay along with the idea?? She's a fan-favorite character, so there was no reason to even kill her off! She can be revived, RWBY looks like they would have the type of dust or magic to revive a dead character! Look at how many fans got mad because Seth Mcfarlane (Or is it Seth Greene?) killed off Brian from Family Guy! They brought Brian back, with Stewie using a time machine. Which means in RWBY, dust, or whatever can be used to revive Pyrrha! If you want Pyrrha revived, sign this