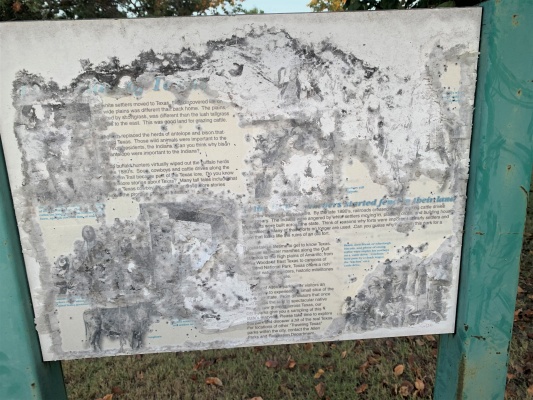 The Allen area was previously home to the Caddo, Comanche, and other indigenous peoples. The first immigrants from the United States and Europe arrived in the early 1840s. Green Park has an information sign that my kids who are now 20 liked to view when they were young. It featured interesting pictures of Comanches with their children and a brief history of the site.

This would be a simple thing to revive by the city. Its beyond damaged from age and hail storms. Its a good reminder and information about our area especially since we have a Comanche drive! Nothing against Sam Bass but this is more interesting and important.

I hope you can sign the petition to get a new similar pictured sign like this, one that is able to withstand weather and age. Its not a big expense but is a nice feature for the park.