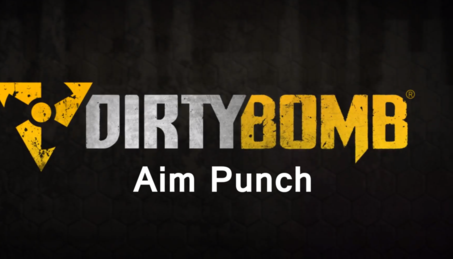 The aim towards this petition is revert/remove the Aim punch addition to Dirty Bomb.

Hello, I am a regular Dirty Bomb player and I'm here to present to Splash Damage the negative impact that the newest addition of "Aim Punch" has had on the community.

What is Aim punch?

Aim punch is the mechanic of the players aim being "nudged" so accuracy is lost upon taking damage.

This has caused many arguments within the community with the game becoming less skill based and more about RNG or who gets the first shot.

Some points about Aim punch

I can not begin to list the amount of feedback that has been given on "Aim Punch". My personal opinion on the matter is that the game is no longer as fun as it used to be be.

Splash Damage's approach to Dirty bomb is suggesting currently they do not want Dirty Bomb to be the next big ESport.

By voting on this partition, you would rather prefer the way the game used to be and feel that this mechanic is not needed.