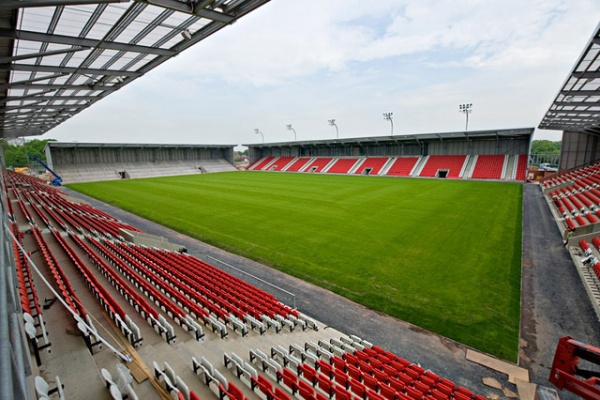 On May 12th 2021, the RFL announced the Challenge Cup Semi-final would be hosted in Leigh Sports Village, which has a capacity of just 12,000. Covid restrictions mean that capacity at Leigh Sports Village is extremely limited with only 600 fans from each club able to attend.

Please support this petition and give fans a collective voice in saying that the reason presented by Mark Foster, the RFL’s Chief Commercial Officer that the event was booked months ago and so must take place in an unsuitable stadium, is not acceptable.

While it is up to the RFL to determine the most viable solution, it seems obvious to most this could be achieved by splitting the three games and hosting them in larger capacity stadiums, even where the games are on the same day. The fans of our game demand that the RFL revisit this decision and within the Covid restrictions explore all options to maximise the available attendance for each set of fans and should make this effort transparent to the fans.

While everybody is concerned about the commercial aspect of the game, it's not about the money for fans. It's culture, family and friends and atmosphere, it's our sport. Like the recent European Super League debacle in football, we the fans of Rugby League will not stand by idly while we are unnecessarily prevented from accessing our game.