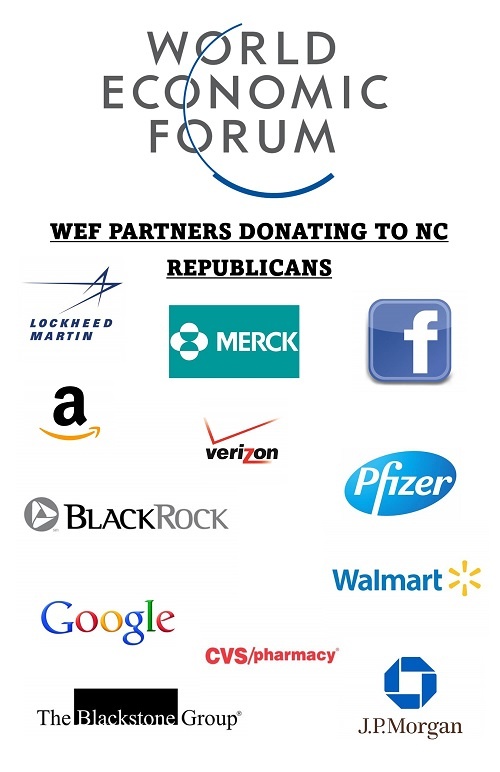 Between the previous and current election cycles (2020, 2022) North Carolina Republican politicians have received over $1.6 million in donations from partners of the World Economic Forum. This petition is demanding that those donations be returned/refunded and no further donations from those entities be accepted by any Republicans claiming to be Conservatives. We The People do not believe that any Republicans should accept money from entities supporting the globalist agendas. Those politicians include, but are not limited to: Patrick McHenry, Richard Hudson, Virginia Foxx, Greg Murphy, Ted Budd, Dan Bishop, Tim Moore, Phil Berger, and Jim Perry. Some of the WEF partners donating to Republicans include but are not limited to: Wal-Mart, Amazon, Facebook/Meta, Pfizer, BlackRock, Blackstone, JP Morgan, Google, Lockheed Martin, Merck, Novartis, Sanofi, Verizon.