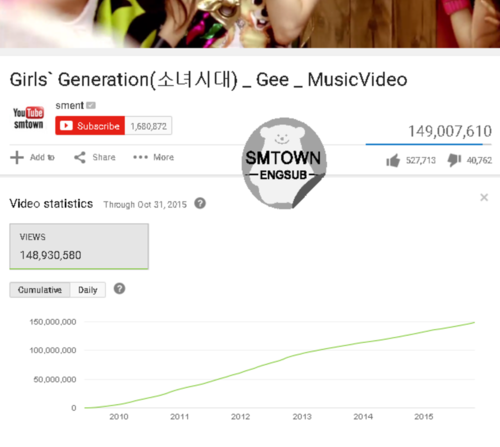 On november 9th, 2015, the first k-pop music video ever to reach 100 million views (by a group) got deleted from YouTube.

SONEs (the fans of the group Girls' Generation / So Nyeo Shi Dae), just k-poppers in general and Korean pop fans are obviously not very happy with this, considering it's a milestone not only for the group, but K-pop as a whole. The song opened international doors to the Korean pop industry and was, prior to Gangnam Style, almost an international symbol to K-pop.

By signing this, you agree that YouTube should add the views to this video:

Or restore the original, deleted video.