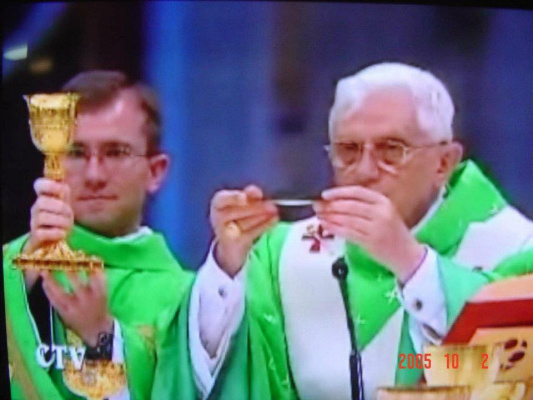 ---NOTE: This petition reached its goal of 1,000 signatures on 9/26/2018 in less than 3 weeks. Further information will be posted online at the Our Voice in the Diocese website. ---

A Press Release about this petition as well as the cover letter sent along with this petition and export report of signatures and comments is posted on the Our Voice in the Diocese website. ---

Bishop Soto, Diocese of Sacramento, we add our signatures to the attached letter from Sally Leatherby requesting that you return Father Jeremy Leatherby to active ministry.

I don't have much knowledge on the details of what has occurred in Fr. Jeremy's case, but I do have many concerns about the information in your letter that raises more questions than answers.

1. Two and one half years for a hearing? (Missed family weddings, baptisms, first communions, confirmations)

2. "Formal canonical process"? Have other allegations been processed this way?

3. Who selects this "panel of canonical experts"? My trust is very low at this time!!

4. "Privacy", "presumed innocence", "integrity"? Priests and employees of the Sacramento Diocese told numerous priests and laity that Fr. Jeremy is guilty and they have seen evidence? Slanderous?

5. Why this letter now? Is this in response to people’s frustration and anger?

6. Diocesan letters to the public indicated that Fr. Jeremy was sick and taking a leave of absence? And that he resigned voluntarily?

Fr. Jeremy has remained faithful to his vows of obedience to his bishop and has asked repeatedly for everyone else to remain silent. I find is hard to see and hear this spin and not to respond.

Fr. Jeremy wants nothing more than to be a priest.

--- background: This letter is in response to a letter from the Vicar to all priest in the Sacramento diocese dated 8/31/2018 ---

Over the past several weeks, a number of you have expressed concern and interest in the case of Fr. Jeremy Leatherby. Given the speculation which has been put forth in recent weeks and the length of time it has taken to resolve this case, we have opted to make the following statement to those who inquire. We wanted you to have the same information.

“Fr. Leatherby was placed on leave in March 2016 due to a credible allegation of ministerial boundary violations with an adult woman. A subsequent preliminary investigation determined that a formal canonical process would be needed to investigate the circumstances around this allegation.

Fr. Leatherby has been represented by canonical counsel {a canon lawyer) of his own choosing from the beginning of this process. In compliance with diocesan policy, the diocese is paying for that counsel. The diocese has been in regular communication with his counsel. Neither the bishop nor his staff has ever refused to communicate with Fr. Leatherby or his counsel.

To the frustration of us all, it took longer than we would have liked to assemble a panel of canonical experts independent of the diocese to address this case. But, that independent panel has been in place since January and the process is proceeding. In the interest of protecting the privacy of accusers, the presumed innocence of those accused, and the integrity of the process, we do not comment on the specifics of a particular case while the process is on-going. In all such cases, both the alleged victims and those accused are given the opportunity to be heard and to respond. As with all those who are accused, Fr. Leatherby's right of defense is being protected.

We ask that members of the faithful keep all those involved in prayer, imploring the Holy Spirit to guide those responsible to finding the truth."

---note: This petition reached its goal of 1,000 signatures on 9/26/2018 in less than 3 weeks. Further information will be posted online at http://OurVoiceintheDiocese.com

--- A second petition based on a letter from Celeste V. Spitz is located here: https://www.ipetitions.com/petition/request-to-ret...