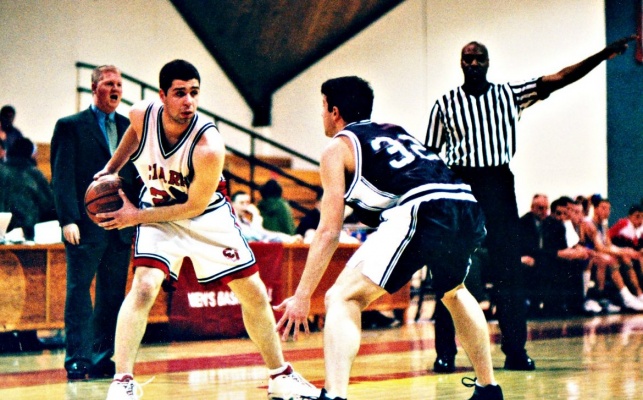 Retirement of the Number 25 in Honor of Patrick Oroszko '03

Patrick received his Bachelor’s degree from Clark in 2003 and served as a captain of the 2002 and 2003 Men’s Basketball Teams that advanced to the Elite Eight. After graduation, Patrick was a devoted steward of Clark University serving as Director of Student Recruitment for Clark’s Graduate School and Assistant Men’s Basketball Coach for seven years.

Patrick passed away on June 5, 2016 after a courageous battle with esophageal cancer. Patrick was diagnosed in November of 2015 and continued his work with the Graduate School and with the Men's Basketball Team throughout his entire illness and while undergoing chemotherapy up until his death.

Patrick represented everything it meant to be a “Cougar” and touched countless lives while bringing great pride and recognition to the University.

The formal retirement of the number 25 should be coordinated with the Clark Men’s Basketball 100 Year Celebration.