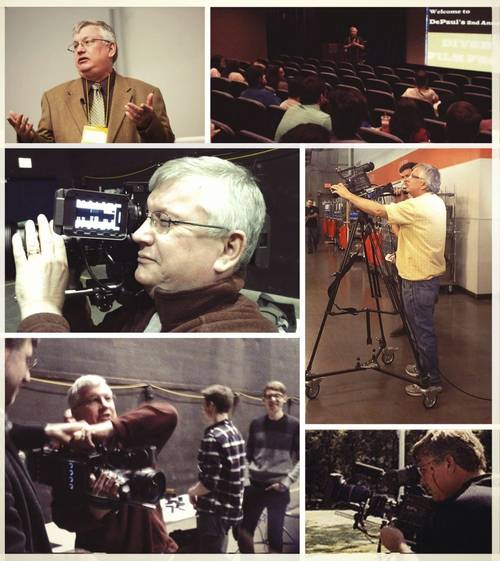 We are a group of DePaul CDM alumni of diverse backgrounds and nationalities. We have chosen to pursue different career paths in a variety of creative industries. We live in different hemispheres. Yet in spite of all those radical differences, we all have something in common that transcends each and every one of our individualities: The tremendous influence that professor Scott Erlinder had in our coming of age in the cinematic arts. We were very disappointed to learn that such an asset to the CDM has been denied tenure after 11 years.

Professor Erlinder is one of the founders of the program that is now nationally recognized as the School of Cinematic Arts. Nobody took us under their wing the same way that professor Erlinder did. His personal investment in his students was always above and beyond any other professor we encountered. He always put his own personal agenda on the side for the sake of his students. He was one of the few who never indulged in self promotion.

International students found professor Erlinder much more worldly and culturally aware than the majority of of the CDM faculty. For the CDM, an institution that has always striven to synergize technology with the humanistic aspect involved in the production of cinematic art, professor Erlinder has been exemplary.

If you know professor Erlinder and have taken classes with him, we hope you can understand our dismay. We believe that the decision to deny professor Erlinder tenure might have been impacted by the fact that many of his international alumni didn't have a chance to submit letters of support due to the convoluted process involved in maintaining current contact data available with the Office of Alumni Relationships.

We are asking you to please sign this petition and if you have words of support please include them as well.
Thank you so much for helping us with such a crucial effort to support one of our most valuable mentors.