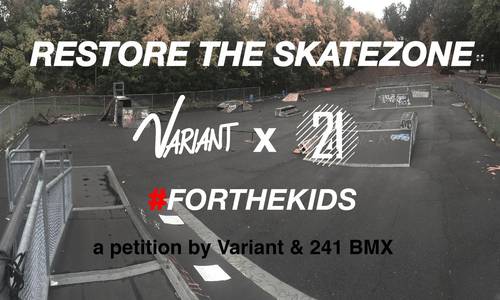 Clifton Skate Zone was opened in 2002. Now the park is officially closed and in decay. Mary Sadrakula calls it "a disgrace." It is a disgrace, in March of 2015 Clifton City Council purchased $65,000 worth of park equipment from Fort Lee Skatepark, which closed in 2011. Renovations for the Clifton Skate Zone still haven't started, its October of 2015 now. The other reason for this petition is not only to rebuild the park but to also make it a public skatepark like all the other parks in New Jersey. By making it public and also ELIMINATING FENCING we can make the skatepark what it's supposed to be. Fencing does nothing for the park you can read this article by Spohn Ranch on fencing skateparks http://www.spohnranch.com/five-reasons-not-to-fenc... . The third proposition for this petition is to make the skatepark free. In the past people had to pay an admission fee to skate the park. Do you pay to play basketball or baseball at a park? No so why would you pay to skate a skatepark. Currently according to a Clifton Police Officer I learned that the city technically requires people to have a permit to skate there. This is ridiculous and needs to be stopped. I was also told that the park NEEDS to be supervised which is ludicrous, all that has to be done is put up a sign saying USE THIS FACILITY AT YOUR OWN RISK. Plenty of parks I've personally skated use this same concept and the parks run perfectly and freely. Please Help us get Clifton Skate Zone back to what it was.