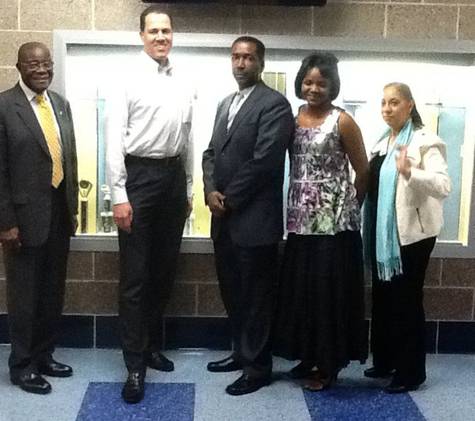 343 people have signed this petition. Add your name now!

Dr. Derek Jordan, Principal of the only Level 1 plus Elementary School in South Shore for the last 8 years. He is 1 of 2 African American Male Principals in the South Shore Elementary School area within District 299. Dr. Jordan arrived in 2007 and remove Powell Academy from probation within 1 year. He has received awards for 95% attendance, exceeded standardized testing for grades kindergarten through 2nd grade, less than 5% misconduct issues, Zero gangs in the school, Zero teacher grievances in 8 years. Powell Academy under Dr. Jordan’s leadership achieved 100% Reach Evaluation and compliant for the last 2 years. Finally, he also received a Principal Performance Rating of Exceeding in all areas.

On August 20, 2015 Dr. Jordan received notification from CPAA (Chicago Principals Administrators Association) stating effective August 14, 2015 that he would no longer be Principal of Powell Academy without cause. The reassignment location was home. There is no reason given for abrupt reassignment, thus a breach of a duty of good faith and fair dealing. Dr. Jordan has been removed without due process and lack of participation from LSC. Chief McDade violated Public Policy to reassign Derek Jordan for reasons that society recognizes as illegitimate grounds for reassignment.