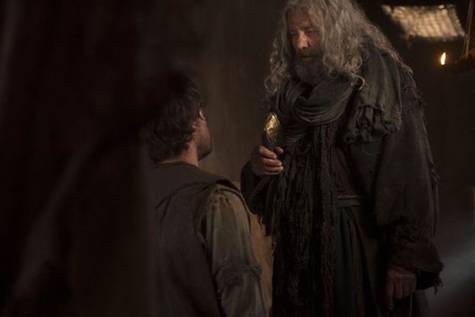 Restore Of Kings and Prophets to ABC

527 people have signed this petition. Add your name now!

This Epic Many Series is the most accurate bible story of Kings Saul, David, Prophets Samuel and Nathan. I remember the feeling of excitement when the trailer came on. My first reaction was, "finally a Christian show airs on regular TV prime time." I am a Born Again Christian that would catch a nap so I can be up at 10 pm Eastern Standard Time with my bible on hand to watch. I believe it was an excellent teaching tool for my kids understanding. Of Kings and Prophets was very tangible for all audiences.

Many sources said the show was cancelled due to amount of elicit material. However, it can't be any more elicit than Scandal, Empire, Lucifer, Soap Operas, and the likes. When we read the pages of Scriptures, what was aired was not far from biblical text. Unfortunately Of Kings and Prophet‘s downward ratings trajectory was similar to that of Wicked City, which was cancelled after dropping to a 0.4 — a record low for a Big 4 telecast this season — in Week 3. (ABC again used Beyond the Tank as a fill-in when Wicked City was yanked.)

Writers Adam Cooper and Bill Collage said at the Television Critics Association press tour that they hope to push the envelope "as far as we can" in regards to the amount of sex and violence featured on the series. Showrunner Chris Brancato later clarified "This story is an Old Testament [one that’s] violent [and] sex-drenched. It’s one of the world’s first soap operas. … You will watch a show that is tasteful but that also tells the story you can read if you want to pick up the Bible."Then-ABC president Paul Lee (who was removed from the network before the show premiered) described the pilot episode simply as "muscular". Cooper suggested that if need be, some of the more graphic scenes on the series may be edited for public broadcast, and release the originally intended scenes for online viewing.

I encourage every Christian to watch this video, and do sign this petition requesting Of Kings and Prophets return to ABC. We need 8 million people to show support for this biblical series. That's twice the amount of its first episode's ratings. Let us make this petition go viral. It will be heard by ABC and other news stations. Let us make a loud enough voice for this cause.

God bless you all.