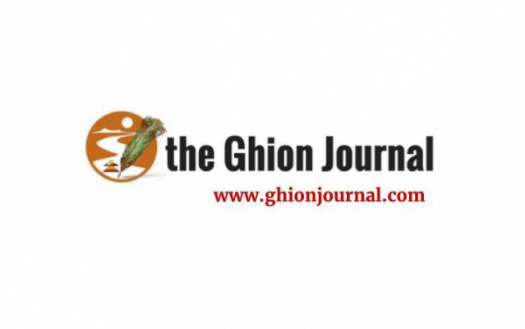 I received a notice from Facebook telling me that the Ghion Journal page has been unpublished. When I logged on my laptop to make sense of it all, all I got was a message telling me that my page was deactivated because of complaints made by a user that led them to conclude the Ghion Journal page “ran afoul of “community standards”. There was no mention of which particular post was the offending post nor was I told whose complaint led to the eradication of Ghion Journal’s page. Facebook acted unilaterally based on some nebulous community standard so broad in scope that any of us can be cited for violating “community standards” on any given day.

This is a practice of autocrats in totalitarian governments that Facebook is reverting to. Tyranny is birthed by cunning benevolence; despots use the pretext of a virtue in order to implement systematic repression. This is exactly how the Patriot Act was implemented, our own government used the pretext of security to take away our rights to privacy. In this case, Facebook’s pretext was protecting the community from offensive posts. I’ve seen some of the most reprehensible content crawl in my news feed on countless occasions that rise to the level of pornography, yet his level of vulgarity is regularly accepted by Facebook. The people whose posts are always targeted for cleansing are those who delve into political issues which run counter to the narratives peddled by our corporate sponsored fourth estate—this is stealth state censorship we are witnessing.

My family and I fled Ethiopia in 1982 to get away from a communist government that made life in my birth land untenable. Mengistu Hailemariam, the Marxist despot, unleashed hysteria upon the public by rewarding people who reported their neighbors for being subversive agents. Everyone lived a life of continuous fear and apprehension. My parents brought us to America to get away from systematic repression so that we could pursue the American dream and speak our minds without fear of repercussion. America was the shinning city on the hill where freedoms were cherished and protected by the Constitution.

My fellow Americans, the Constitution, and our rights along with it, is being put to the shredder. Every day, we keep losing more and more of our freedoms. And just like my native land Ethiopia during the height of the communist Derg, the elites are now encouraging us to report on one another using PC and “fake news” as forms of totalitarian cudgel. Facebook came in promising a new day of free speech and platform for billions of people to exchange of ideas; now that they are the 8,000 pound gorilla, they are resorting to Orwellian practices in order to stifle free speech. They want us to speak less and be stepping stones more; they use account holders and our private information as platters by which corporations can pass around their trinkets.

I’ve already written Facebook demanding that the Ghion Journal be restored [this is the link for the page to so that you are kept apprise of our appeal process]. As an established journalist who has covered the intersection of history, politics and culture for more than a decade, what I am standing up for is not just my freedom of speech but the freedom of press as a whole. Do not let the fact that I am not a writer with one of the mainstream media outlets lead you to diminish my credentials. Journalism is not about fame and P/E ratios; journalism is about speaking truth to power. When those who speak up against power get silenced, what comes next is your ability to speak—this is the slippery slope into the abyss of dicatorship.

Let me be frank about this; whether or not you disagree with what is posted at the Ghion Journal is inconsequential. What I am presenting before you is a fundamental question of free speech as we know it. If we let a combination of ambiguous “community standards” be the rule, crowd source what is or is not offensive and then let Facebook be the final arbitrators of what is acceptable discourse, we will have rendered our rights convertible by corporate interests who are not accountable to any of us. Is this the America we know and the America we want to pass on to future generations? At what point will we say enough as the elites keep using paternalism to snuff out voices who refuse to toe “acceptable” narratives? Are we not creeping closer to Germany circa the 1920’s with each successive year?

Use social media and get this petition and the article to the broader public. Use #RestoreGhionJournal to gather momentum.