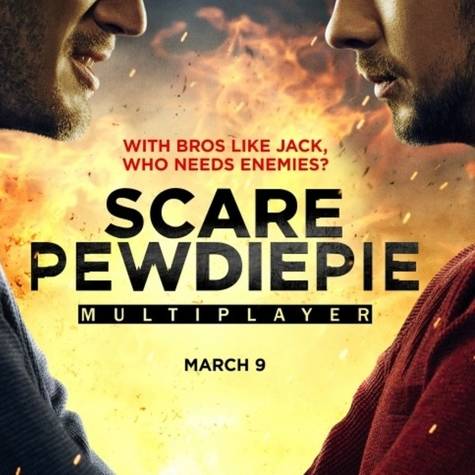 As you may know, Scare PewDiePie Season 2 has been cancelled. So many people are disappointed and upset as it was cancelled for the most ridiculous of reasons! Here is a small example of someone’s point of view I found on Tumblr:

Right, I am a media student and I need to say I have never ever been so ashamed of the media.

The media relies these days on clicks (reads) from viewers online since the internet is the main place people gather information so they clickbait their way into getting people’s attention (which is wrong) due to the fact the news should not be biased and should tell the truth from different points of views but instead we had “PEWDIEPIE LOVES HITLER” etc. you get what I mean.

Disney no longer is in a relationship with PewDiePie-

This is understandable since PewDiePie (with these jokes) are more aimed towards an adult audience because a younger audience may not be able to understand that it’s a bad thing. Cool we get it BUT…. in 2014 Disney made this deal with PewDiePie. knowing he wasn’t aimed towards any audience and swore a lot in his gaming videos with adult humour … Disney knew this but still made a relationship with PewDiePie so in reality Disney knew he wasn’t child friendly from the start.

Now here’s where things get interesting… YouTube had no reason to cancel this show as there is no swearing in the first series I can imagine there is none in the second but not only that. South park… Family guy make jokes all the time about offensive humour and receive awards but PewDiePie gets all of this? This makes me question a lot because YouTube could have clearly made an age rating on the show and since it was nearly done I can’t think of a reason that YouTube cancelled it at all. I want an explanation as to why they did due to the fact the reason is missing.

The YouTube ad platform - this is only for the videos that are deemed as basically PG or with some strong language …. and things like that. With this I understand why YouTube may have done this but at the same time I do not due to the fact they could have chosen the suitable videos themselves to be chosen for the ad platform instead of kicking him out.

After all this… Disney kind of have a good explanation BUT DON’T due to knowing that PewDiePie all along wasn’t aimed towards any audience. He swore in videos and made adult humour since they made the relationship. YouTube had no reason to cancel scare PewDiePie and did it to aboard the kill PewDiePie express… which is not right. the media should be ashamed of attempting to make this man look bad when in all reality, he offended maybe a bunch of people in the whole world’s population and family guy and other TV shows slide past it like it was nothing. The media is to blame for this. taking the man’s words out of context and planting horrible images of the comedian in the eyes of the public.

my last words on this are

My goal for this petition is to get as many people as I can to sign this! Get our voices out there! #ISTANDWITHPEWDIEPIE

There is a second petition made by someone else who is WAY ahead of this one, so if you can, check them out too! https://www.change.org/p/reinstate-pewdiepie-s-network-scare-pewdiepie-season-2