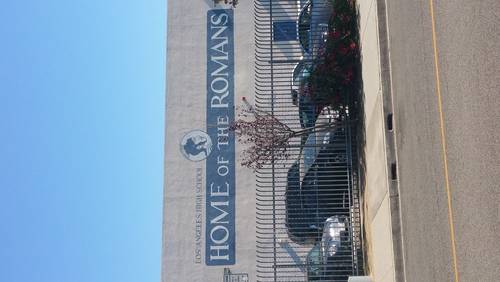 The time has come for the city of Los Angeles to respect the cities namesake. For over 40 years Los Angeles High has endured the same Football field, the same track and same bleachers. While the city goes around building new high schools with new fields, tracks and bleachers. As an alumni (class of 1983) this to me is ridiculous. I am asking for all who have worn the Blue and White to step up and Let the city council and the Mayor know that this is NOT RIGHT!

We have a Championship Band and our Varsity Football Team is on the path to win its second city Championship. City of Los Angeles you should be ashamed of yourselves. It's time to do the right thing. ROMANS, stand with me and lets get this done.

"SO HARD TO BEAT A ROMAN"