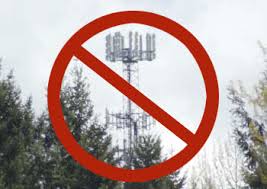 This petition is for those who live within 500' of the cemetery ONLY. Read more below.
If you are a Glendale resident (not living 500' from cemetery) who opposes this tower, sign this iPetition: http://www.ipetitions.com/petition/help-stop-grandview-cemetery-cell-tower

We, the undersigned residents of the City of Glendale CA, who live within 500 feet of Grand View Memorial Park Cemetery, attest that we are in opposition to the installation of the cellular tower Verizon Wireless plans to put up in the Grand View Memorial Park Cemetery. Impacted residents in this neighborhood have good cell phone reception, will be visually impacted by this tower, and want Verizon to find a more acceptable location.

There is no public hearing for a tower in a CEM zone. Only the Community Development Director, Mr. Hassan Haghani, will approve or deny Verizon’s permit application for a tower. Only those who live within 500’ of the cemetery property will be able to appeal the tower. We feel that this process is undemocratic and needs correction. We ask that there be a public hearing to hear from Glendale residents before a decision is made.

Installation of a cellular tower in this cemetery that is starting at 56’ and has no height limit is inconsistent with the character of this neighborhood with a predominance of character homes from the 1920s to mid-1900s. At 56’, it will be over 3 stories taller than any nearby building. In addition, a cell tower in this location would lead to the reduction of property values of the homes near, and within view of, such a tower.

This cemetery tower is directly next to the previous tower site location at 1400 W. Kenneth Rd. Verizon Wireless did not actually find a new site, just a loophole in a new zone that has fewer restrictions and serves the carrier best. The same reasons staff gave the Planning Commission to deny that 1400 W. Kenneth Rd. tower still apply for this tower location: the carrier can co-locate on the nearby wireless telecommunications sites as well as relocate the antenna such that is further away from the residential neighborhood or on a different property where the visual impact is minimized. Building a cell tower, whether it be a Spanish-style tower or any other design, that stands over 5 stories tall - and has no height limit- does not minimize visual impact but rather maximizes it.

We understand that the federal courts have already ruled repeatedly that a municipality has no obligation to allow intrusive cell tower installations anywhere within its borders when other providers cover the area without such intrusive installations. We believe Verizon Wireless and other cellular communications companies should be required to find more appropriate locations in nearby commercial and industrial zones or at the top of the hills of Glendale, away from residential neighborhoods and that all alternative scenarios must be exhausted to make an appropriate selection. We ask that the city protect its residents from telecommunication companies who find zoning loopholes to place towers in residential neighborhoods, setting a precedent for future towers.

We call upon Mr. Hassan Haghani, the Planning Commission and Glendale City Council to (a) hear from the public before a decision is made (b) serve the public and not be led by profit for the city, the carrier and/or the cemetery owner (c) determine if a legitimate need for a cell tower exists in the residential neighborhood. This need should be verified by Glendale resident user feedback and data from US Cellular (d) perform its duty to preserve our character neighborhoods and Kenneth Village e) preserve property values of our homes by DENYING the installation of the cell tower in Grand View Memorial Park Cemetery.