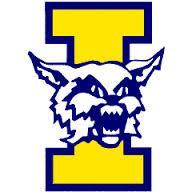 Earlier this week, alumni received an email detailing the new random drug testing policy that is set to go into effect this coming fall. This raised widespread concern, which has been expressed extensively, both publicly and privately. This outburst of animosity suggested to us that a more formal expression of alumni sentiment was necessary. We wrote this petition and posted it on several social networks with the intent of collecting signature to append to it. The dissent is overwhelming, and the list of alumni that have signed on is indicative of that. On behalf of the alumni of St. Ignatius, we formally request that this policy be immediately rescinded for the following reasons.

First, wellness policies such as drug testing are based on assumptions that run contrary to the mission of St. Ignatius: instead of giving students the knowledge and tools to form their character through decisions that they make, the drug testing policy seeks compliance through surveillance. Despite purporting to be non-punitive, the policy necessarily seeks to correct behavior through constant surveillance. The only argument for the effectiveness of this policy is that notifying parents of the test results will shape students’ behavior. The only reason that this might shape students’ behavior is because those students are assured punishment - this must be the case, as if counseling or education were the intended mechanisms for change, a unit in the required theology or health classes would no doubt suffice. Therefore, the policy only serves to displace the assurance of punitive measures - St. Ignatius may not directly impose the punishment, but if there is any hope for this policy to achieve its goals, there must be an implied threat of absolute punishment. This deceptive “don’t shoot the messenger” positioning is reprehensible in and of itself, to say nothing of the fact that it deprives the student of the ability to make the correct decision by ensuring punishment, putting the critical thinking solely in the hands of authority figures, which forms a power relationship directly contrary to the stated mission of St. Ignatius: to produce men capable of working for good of their own volition.

In addition to the detrimental effects that the policy will have on the mission of St. Ignatius, it will no doubt be very expensive. In fact, most of the outpouring of disagreement is centered around the fact that drug testing is an irresponsible allocation of funds. Given the current estimates of the cost of this policy, 60 or more students could receive scholarships to St. Ignatius were the funds redirected to them. To spend this money on a policy that is at most questionably beneficial to (and, at worst, directly retards) the mission of St. Ignatius is an affront to those of us that hold the values of our alma mater dear.

As alumni, we make donations to ensure that every qualified student in the Cleveland area has the opportunity to be formed into Ignatius men. Seeing the administration implement a policy that threatens the model of an Ignatius man is extremely concerning. Therefore, let this be our formal request that the current St. Ignatius administration rescind this new drug testing policy.