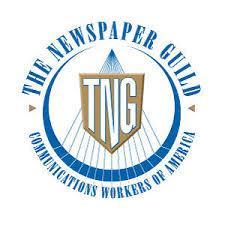 We, the undersigned and concerned Safe Helpline employees of the Rape, Abuse & Incest National Network, respectfully request that RAINN management DELAY making the changes proposed in the dubious and ill-timed e-mail directed to Safe Helpline Staffers and ASMs on the evening of April 3, 2014 entitled “Important Update.” The content of the so-called “Update” blindsided the SHL Staff, because the items listed were neither mentioned nor discussed at a RAINN staff meeting that took place less than 48 hours earlier. The entire e-mail directive was and still is largely viewed by the majority of RAINN’s dedicated SHL Staff as dismissive, insulting, confusing and void of any SHL employee input or concerns that arise from a lack of prior consultation. It offers a meager and unfair so-called severance in addition to a hasty deadline designed to coerce longstanding SHL Employees to make hurried decisions which could sever us from the work we love. If you really “appreciate our work” as you contend, then show us the dignity, respect and reasonable time we deserve to make an informed and educated decision by delaying the April 3rd directive until a mutually agreed upon date in the near future. Show us the compassion, understanding and cooperation we show our SHL and OHL visitors.