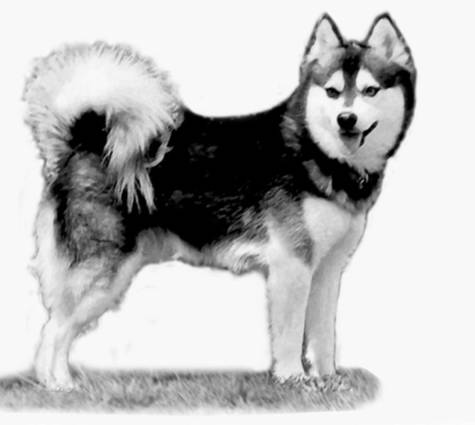 Many exhibitors, myself included, have produced many CH and GRCH dogs over the years. We have shown in the UKC extensively as a means to strengthen our pedigrees, prove breeding stock, and preserve the breed we have dedicated our lives to. We have trusted the UKC to preserve our breed via the breed standard. The very purpose of the standard is to preserve the breed. A few years ago the UKC created "eliminating faults" allowing some DQ's to now remain in the gene pool. There are now breeders out there breeding greatly over sized Klee Kai, solid white Klee Kai (without the mask which is a defining characteristic of our breed), and even Klee Kai with asymmetrical markings. It has literally taken decades to weed those traits out of our breed and try to keep them to standard. These items used to be a DQ in our breed just a few years ago. Now breeders are breeding dogs with these traits because the UKC says it is ok to. The UKC also states that they can not be shown. Many of us established breeders are devastated by this turn of events. Some breeders are now going out looking for AKC recognition so that the breed club and not the registry can control the standard. The breeders are saying the UKC does not care about the breed standard and preserving the breed. They are saying the UKC wants to make profit at all cost. I do not want to accept that. Dog shows are to prove breeding stock, and if a dog can not be shown inherently it should not be bred. Allowing Eliminating Faults into our standard and letting these formally DQ'd dogs in the gene pool is not an action of preserving our breed, it is an action destroying it. If is ok to breed dogs that can't be shown, what is the value in showing? The UKC has devalued their very asset by these poor decisions. Let's petition them to bring back the DQ's, remove this mockery of Eliminating Faults, and get some breeder respect back, before our breed is totally destroyed.