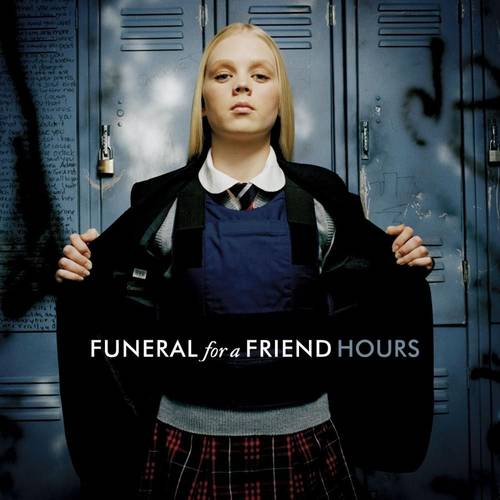 Repress Hours by Funeral for a Friend on Vinyl

We, the undersigned, would like to see a repress of Funeral for a Friend's sophomore album 'Hours' on vinyl.

The album is 10 years old this year, and is currently unavailable on vinyl. The only way it is possible to get this album on vinyl is to purchase a second hand copy off of somewhere like eBay where it sells for an incredibly extortionate price.

The band have stated that they would love to have the album get a vinyl repress, but unfortunately they don't own the rights, and you don't seem to be interested in repressing it. This means that many fans are unable to own the record on this format.

However, if it was repressed, it would definitely generate a lot of revenue as there are many fans who want this record to get repressed. As evidence of this, Brand New's 'Deja Entendu' album recently got repressed on vinyl after 8 years of being out of print. Until then, fans had to pay at least £200 for a second hand pressing. The moment that Banquet Records put up the pre orders for the record, it sold out pretty much instantly with the website crashing due to the large quantities of people pre ordering.

We feel that there is definitely this kind of demand for a repressing of Hours, and would definitely order a copy as soon as the pre order goes live if it does happen.