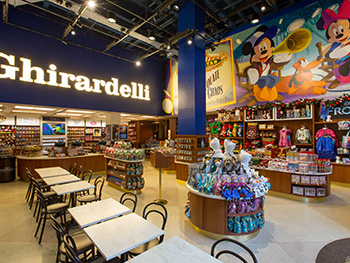 We, the below signed, feel it is urgent that action be taken to replace Tony McGuinness as the General Manager of the Hollywood Chocolate Shop for the following reasons:

1) He is incapable to properly managing the customers purchasing the Pin Traders Delight product.

He gets stressed out easily, and has left the shop with 500+ people in line because he didn't want to deal with the situation. He sets restrictions, then changes them on a whim. This is a problem because it rewards those who ignore the posted rules, and punishes those who abide by them. He doesn't know how to properly manage large lines. The line is never managed in the same way, and never in an effective manner.

2) He has been found to engage in unethical business practices.

He gives celebrities preferential treatment over other customers. Employees have commented privately that this is a frequent occurrence.

3) He is verbally abusive to his employees.

I have spoken to several current and ex-employees, and they all say this is a huge problem. This is why the store has a massive employee turn-over rate. In addition to being unacceptable in general, this causes the company a lot more time, money and resources than it should from constant hiring and training of new staff. Employee morale is terrible, and the customers notice how depressed and defeated they are when we interact with them.

For all the reasons laid out above, we feel that is it in your best interest to take action and replace him with someone capable to properly managing that store.