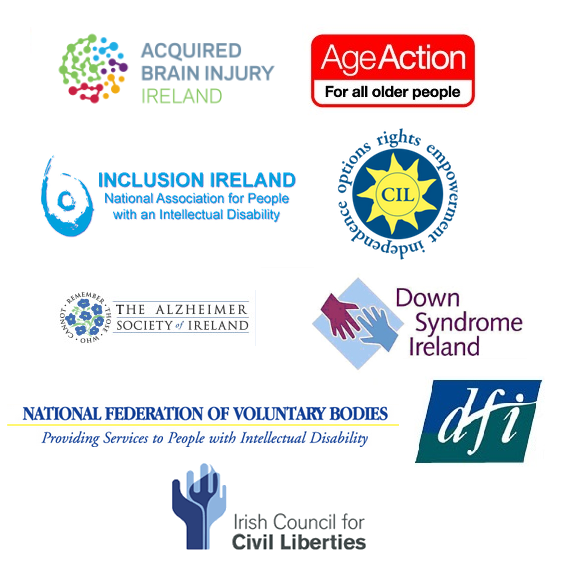 UPDATE: The Assisted Decision-Making (Capacity) Bill 2013 will be before the Select Committee on Justice, Defence and Equality on Wednesday, May 27 at 10.30 a.m. in Committee Room 2... a great result, thank you for your support

On April 1st 2015 Inclusion Ireland, Acquired Brain Injury Ireland, Age Action, The Alzheimer Society of Ireland, The Center for Independent Living, Disability Federation of Ireland, Down Syndrome Ireland, the Irish Council for Civil Liberties and the National Federation of Voluntary Bodies are asking this Government to 'Fool Me Once' and replace the Lunacy Act.

March 30th marks the 8th Anniversary of Ireland signing the United Nations Convention on the Rights of Persons with Disabilities (CRPD).

The CRPD is an International Agreement directed at changing attitudes and approaches to persons with disabilities.

A big barrier to us ratifying the CRPD is our Lunacy Act from 1871. This Act refers to people as 'Idiot', 'Lunatic' and 'Unsound Mind' and there are almost 2,500 people affected on account of age, intellectual disability, mental illness or brain injury having been made Ward of Court.

Successive Irish Governments have introduced Bills to reform the law in this area. We were left disappointed by the demise of the 2008 Mental Capacity Bill following the defeat of the Government in the 2011 election.

This Fine Gael & Labour Government promised a change in law in their Programme for Government and we now face a race against time to enact the2013 Assisted Decision Making Bill before the next General Election in 2016.

On April Fool's Day 2015, we are calling on the Irish Government to 'Fool Me Once' and change the law that labels people lunatics and idiots.

More information on our campaign to replace the Lunacy Act is contained at this link www.inclusionireland.ie/content/page/replace-lunac...