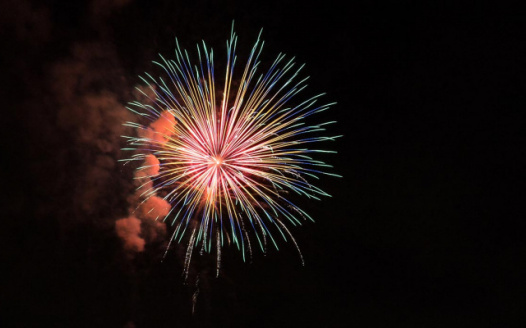 Lets work together to save our planet. We could be saving millions, and saving the lives of people, improving quality of life for animals/pets and reducing pollution. Also, there are greener alternatives. This is a Win Win Win!

What is the issue? Fireworks have been used for centuries to mark key celebrations, like New Year; Diwali, 4th of July, etc, in many countries. However, we now understand the environmental impact. Firework smoke contains tiny metal particles that contribute to the multi-coloured effects we enjoy. Fireworks have been shown to have significant effects on air pollution, particularly around New Year, resulting in 30-40% increase in breathing problems. Scientists in London have shown that airborne particles from firework displays have greater toxicity than traffic pollution. So, not only are we polluting the environment, we are impacting the quality of life for citizens around the world, where large amounts of fireworks are set off.

What is the cost? The cost of organised “New Year” firework displays around the world (in this increasingly televised world) could amount to hundreds of millions of dollars every year. As an example, £1.8 million was spent on fireworks in London that lasted 11 minutes in 2016. Contrast that with $5000 needed to get a fresh water well that serves 250 people for 20 years with clean drinking water. So, just the cost of the Official London fireworks diverted to the poorest people in the world could serve 100,000 individuals to have clean water for 20 years (as supposed to 11 minutes of firework smoke that could harm your lungs).

Are there alternatives? I am not suggesting that we should scrap celebrations. New year is a time of hope and dreams for the future. So, keeping the dreams of future generations in mind, surely we can come up with more inventive ways of making this day memorable. Recently, I visited a park in Kolkata, India and was blown away by their evening water and light show, which they put on twice every night. This show which lasted over 20 minutes involved clever technology to make the multi-coloured streams of water dance across the lake, in tune with music. It obviously did not cost much, as they could afford to put on this show over 500 times a year. This is an environmentally sound alternative to fireworks that can still provide a breath-taking visual display.

The authorities in U.A.E demonstrated this as a viable option when they decided against fireworks and instead chose a LED light show using the Burj Khalifa, Dubai as the focal point for the 2018 celebrations.

Those you attended the Lumiere festival in London (#LUMIERE) 18-21st Jan, would have witnessed first-hand the amazing effects that we can create with lighting, music and special effects. We don't need fireworks to have fun. Also, think of the poor animals (dogs particularly) that hate fireworks! We don't need to torture others for our fun any more!

Given we have the technology, understand the impact and have the intellect to innovate, should we continue to literally burn money and our lungs, or do we do something about it now? Let’s conserve the planet for generations to come by investing in safer, greener alternatives, especially to celebrate a time of “Hope and Renewal”. Let’s plead with our governments to put our health first, above all other considerations (including tourism). Let’s ask them to champion innovation and encourage greener displays at Celebrations. Thank you. #gofireless