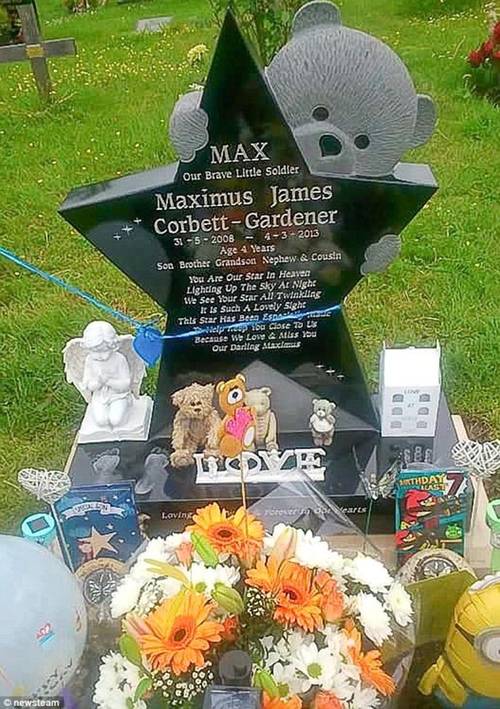 This World Has Gone A Little Too Far When Even A Headstone Of Someone's Deseaced Loved One Can Not Be Respected, And I Feel Strongly That It Needs To Be Reinstated And Put Back Where It Belongs

Max Corbett-Gardener was just 4 years old when he passed away after complications from his severe epilepsy. His mother, Jo Corbett-Weeks, 42, saved up $4,580 to design a specially-made headstone featuring a teddy bear holding a star inscribed with a tribute to her son, The heartfelt memorial was erected on Max’s grave to commemorate what would have been the boy’s seventh birthday. But three days later, the headstone was removed from Great Malvern Cemetery by council chiefs in Worcestershire. A family had complained to the Malvern Town Council that the headstone was not “in keeping” with the rest of the cemetery. Corbett-Weeks says the stone was then removed without her knowledge or consent and she is demanding that it be reinstated.