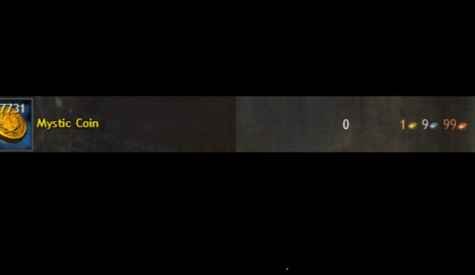 TLDR: This is a petition to show ArenaNet that we, the community, are tired of having someone like this driving our loved game's economy to the ground. The ultimate goal of this petition is to have someone else make economical decisions, and for that someone to have radically different views on economics.
While we are in the dark as to how exactly Mr. Smith controls the game's economy, two main possibilities present themselves:
1- John Smith has a say in every single recipe in the game as they come out, having absolute control over the game's markets.
2- John Smith only takes sporadic, arbitrary actions from time to time (IE: Dungeon rewards, Daily rewards) and lets everything run amok and be controlled by financial whales.
Both of these options are in no way acceptable considering the state of our game.

There has been many ongoing issues with multiple markets in GW2, but the most notable one is that of Mystic Coins.
http://www.gw2spidy.com/item/19976
As most of you will know, their prices have been inflating rapidly for about a year now, creating what is commonly known as a market bubble.
https://en.wikipedia.org/wiki/Economic_bubble
What it means is that Mystic Coins are no longer priced at their face, actual value, but instead they are priced at the value of what the people give them. In turn, this drives people to invest, hoard, and flip said item. A (hypothetical, as is most of economics) trait of a bubble market is that prices will always inflate over time, without fail; until the Bubble "pops". At that point, the people "remember" the actual, face value of the item, and sell their investments at the same time to cut their losses as fast as possible. A very well known real world example of this is the Housing Market collapse of 2008.
The key factor of a Bubble Market popping is for the people to suddenly feel that their investment are unsafe. However, John Smith has, over the years, repeatedly reassured everyone that no action shall be taken, instead choosing for the market to "regulate itself". I'm sure you can see how that is absolutely counter-productive.
The final point I want to make on Mystic Coins is concerning Wintersday. The first noticeable spike in their prices relates to last years' implementation of Winter's Presence, which created a very high demand of Mystic Coins compared to their well known, short supply. Given the recent actions taken against insider trading with last minute recipe changes, it doesn't take a PHD in Rocket Engineering to have thunk that this years' Winter's Presence recipe would at least require LESS Mystic coins to lower their demand, and maybe make investors feel a bit unsafe. Which didn't happen.

These irregularities are calling for unhealthy, normally illogical practices in Guild Wars 2. In what world would opening bags on lower lever characters should be normal?

For the sake of being Clear, Concise and to the Point, I won't bore you with smaller market problems. But they are there, and they are very real. Controlling how YOU play DRASTICALLY. Driving for unhealthy farming practices like Auric Basin's Multimap Looting.

Over time, their has been many calls for action, for changes in his philosophies. There has been no such thing.
Enough is enough. Let's get someone else to take the reins, someone with different economical views because whatever is being done right now has obviously not been working not for weeks, nor months, but now years.

Let's get Guild Wars 2 to be economically healthy again, as healthy as an MMO can be anyway. We love this game too much for this to go on.