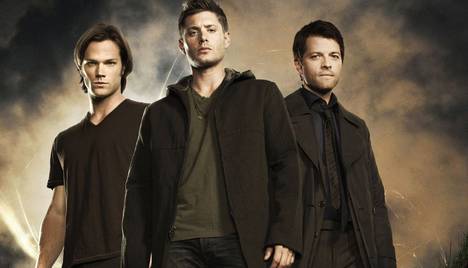 Replace Buckner and Ross-Leming on "Supernatural"

The most recent episode of Supernatural, "O Brother, Where Art Thou?" was a disappointment to viewers across the board. The episode blatantly disregarded canon established in season 5, while also normalizing sexual violence and turning a blind eye to consent.

We as an audience are aware that on a show like Supernatural, bad things happen. People are hurt, people die, and we see the not-so-pretty aspects of humanity reflected in angels and demons alike. We don't expect there to be sunshine and daisies. However, we do expect integrity, continuity, and respect for both canon and characterization. Eugenie Ross-Leming and Brad Buckner have no such respect. Across 18 episodes, this writing team has made fans question why they continue to watch the show. From "Route 666" to "Dark Dynasty," Ross-Leming and Buckner have proven that they are more than happy to create questionable situations and shrug off established identities.

This mid-season finale in particular was problematic and troubling for many fans who have been loyal viewers for years. Not only did Ross-Leming and Buckner go out of their way to avoid including Castiel, but the over-sexualization of a primordial being and the repetitions of underlying homophobia were cheap and tasteless.

It is with all due respect that we as a fandom request that Ross-Leming and Buckner not be allowed the freedom to further destroy the show we all love. Instead, leave the writing to those who have continually demonstrated the knowledge and consideration necessary to keep the show at its best—Robbie Thompson, Robert Berens, Andrew Dabb, and Nancy Won.