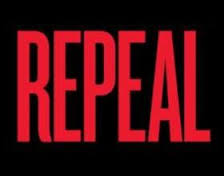 Due to insufficient promulgation of the new policy on chapel attendance that was enacted this quarter (in which the number of excused absences was lowered from three to two), countless students at La Sierra will receive "letters of censure"-- essentially a warning that remains in one's file for two quarters.

Student Life argues that it is the responsibility of the student to be aware of new policies. They insist that all students should have completely read the university policies outlined in the planner distributed by Student Life. It must be noted that the majority of La Sierra students are unaware that said student planner is even available-- an apparently trivial detail to the representatives Student Life.
In conclusion, the number of students who were unaware of the new policy represents a significant portion of the student body. This petition was created to collect the signatures of those who would wish to make the representatives of Student Life aware that any and all new university policies must be clearly advertised before disciplinary action may be enforced. The petition will be presented to La Sierra University's Provost, Steve Pawluk, Ed. D.