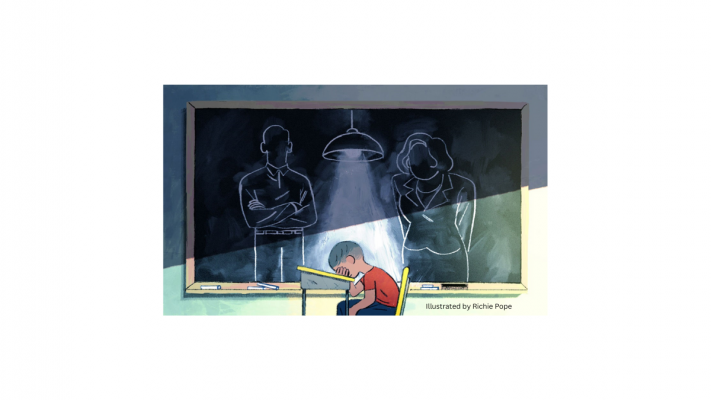 Repeal Galway CSD's Existing Athlete's Policy re: the Use of Alcohol, Tobacco or Drugs

Dear Members of the Board of Education,

As I’m sure you are aware, there are a lot of angry parents in the district right now. After multiple days of an administration-led pressure campaign against more than a dozen high school students, we are writing to complain about the zealous way the administration chose to pursue the school’s athletic policy on alcohol, tobacco and drug use, and to express our deep dissatisfaction with this discriminatory, meddlesome, and ineffective policy. Simply put, we, the parents, have the primary right to discipline our own kids for their social activities outside of the school, not you. One administrator has explained that they “didn’t want to see anyone buried.” While we believe that sentiment - and we certainly agree with it - that does not justify the school’s unilateral decision to remove our kids from their classes on multiple occasions over the course of multiple days to isolate, interrogate, and discipline them for activities best handled by us, their parents!

Honestly, the anxiety, fear, and shame the administration’s behavior has generated in the kids has been much more alarming than learning that a group of teenagers got together, and some of them decided to drink. As parents, we know to expect that our teens are likely to experiment with alcohol . . . and we will deal with them. On the other hand, we do not expect adults in an educational institution to set aside learning to use their position of authority to intimidate students into snitching on one another for the sole purpose of meting out punishment for social activities conducted entirely outside of school. And we particularly don’t expect that a policy ostensibly created to protect teenagers from themselves, does not apply to all the teenagers attending the school, but only to the students who are currently participating on sports teams. Where’s the sense in that?

This week’s interrogations have done more harm than good. School administrators teach students not to bully others, yet they have spent days using their power of authority to do just that. The approach taken by the administration completely undermines their moral authority with students and parents. The administration’s conduct has resulted in uneven and unfair treatment of students, putting the administrators fundamentally at odds with the school community and its educational mission. Rather than providing a safe place for students to learn, the administration has generated mistrust and betrayal among the students, in some cases leading to animosity. Some students are being punished (select fall athletes), while others are not (non-athletes and winter and spring athletes), despite participating in the same behaviors.

The mania that has been unleashed must not repeat itself. The current athletic policy on alcohol, tobacco and drug use needs to be repealed. A quick search of the internet shows that this type of policy is antiquated[1] and controversial.[2] More importantly, it is ineffective and targets athletes over all other students. Individual New York public schools such as Bronxville Union Free School District and Irvington Union Free School District each replaced a similar athletic policy years ago following local controversies.[3] Local private schools - Albany Academies, Christian Brothers Academy, McKeel Christian, Notre Dame Bishop Gibbons, and Saratoga Central Catholic (“Spa Catholic”) - do not use this type of policy either.[4] Unfortunately, our school still adheres to this discriminatory policy by coercing students and parents to agree to it whenever a student registers for a sport. We realize the administration has many responsibilities, and this policy may not have been top-of-mind, but now that its glaring shortcomings have come into focus, it’s important for the Board to immediately repeal the policy, reverse the recent punishments handed out, and start fresh with a more appropriate approach.

To be clear, the current policy alienates students and parents alike:

- The policy robs parents of their primary right to determine when and how to discipline their own children for social conduct occurring outside of school.

- The policy gratuitously pits administrators against select students for social activities that occur outside of school.

- The policy discourages students from reporting worrisome classmate behaviors, because students fear they will be punished for their honesty about, and/or proximity to, such behaviors.

- The administration’s decision to punish students for attending a party does not prevent student drinking, nor encourage students to behave responsibly. Teenagers want to spend time together, and since the school punishes them for their mere presence at a party, there is no incentive not to drink once the teenager has arrived, because they’re already subject to punishment.

- The policy does not keep students safe, because it does not educate students about the dangers of alcohol poisoning or driving while intoxicated. Instead, it generates anxiety and depression among students targeted by the administration, either for their own behaviors or for divulging the behaviors of others.

- The policy punishes unimplicated students harshly and broadly. The school administration’s decision to prohibit members of a sports team from playing in future sports contests has profound impacts on the entire team. It fractures the team both physically - when games must be played without key players - and emotionally - by creating anger and/or disappointment among teammates. In the end, the school administration’s actions impacted unimplicated student athletes no differently than if they had attended the party themselves.

- The “appeal” process is not actually an appeal process, because kids were banned from playing games immediately, before the 5-day window identified by the principal's letter to parents had elapsed. The administration never actually offered a meaningful opportunity for students and parents to be heard on appeal.

- The appeal process is murky. By its very nature, an appeal should occur before a different arbiter than the one who made the original determination, but it is not entirely clear how the school made its determinations. They seem to be driven by the principal, because the notice of punishment is signed by the principal. However, the letter arrived on “Athletic Department” letterhead. So, who hears the appeal – the principal, the superintendent? How and when does the Board of Education become involved? Also, although the athletic director and principal both questioned students, the decision to punish does not appear to have included input from the athletic director. The role of the coaches is entirely unclear, too.

- The school’s principal has issued notifications of punishment that go beyond the scope of the policy, and therefore, of the school’s authority. The current policy does not specifically prohibit students from attending a party “where alcohol was present.” In fact, there’s no mention of parties whatsoever in the policy.

- Finally, the school’s principal has passed down punishments without offering any evidence for the decisions behind them. This is patently unfair, as it provides no opportunity for the students and parents to question or contest the school’s findings.

These are important issues that cannot be ignored, and we look forward to attending a meeting in the near future at which the full board will discuss replacing this policy.

[1] Melvin, Tessa. The NY Times. November 23, 1986. https://www.nytimes.com/1986/11/23/nyregion/school...
[2] Ibid; Britton Meyer, Carol. The Anchor. January 8, 2010. Hingham High Student Circulating Petition Seeking to Change Underage Drinking Penalties for Athletes. https://www.hinghamanchor.com/hingham-high-student...
[3] The Athletic Codes for Bronxville Union Free School District and Irvington Union Free School District, each located in Westchester County (north of New York City), do not address alcohol or substance use. Instead, such policies are contained in each school’s student handbook, apply to use or possession on school grounds, and do not mandate game suspensions for athletes. See https://www.bronxvilleschool.org/uploaded/District... and https://www.irvingtonschools.org/cms/lib/NY02208289/Centricity/Domain/1036/2018-19%20Athletic%20Handbook.pdf.
[4] None of the local private schools have an athletic policy that suspends athletes from games for alcohol use. Some have student handbooks that contain an alcohol policy. See https://www.albanyacademies.org/academics/the-albany-academy; https://cbaalbany.org/wp-content/uploads/CBA-Student-and-Parent-Handbook.pdf; https://www.mckeelacademy.com/websites/mat/information/studentresources/StudentHandbook2223.pdf; https://nd-bg.org/; and https://www.saratogacatholic.org/.