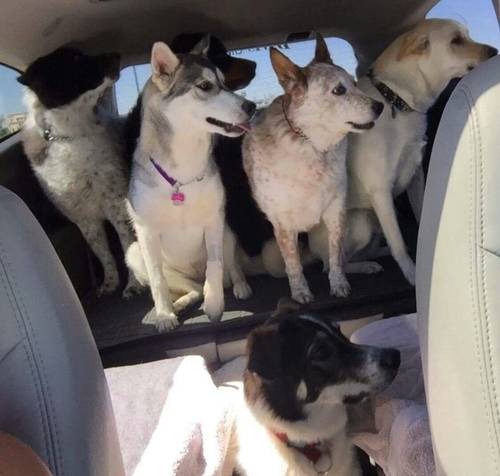 A Lethbridge County woman is pleading with council to allow her to keep her six dogs, after being told she was in violation of long-standing bylaws. After living in the county for two years, Lynn Doratty says she’s afraid she won’t be able to keep some of her dogs, most of which are rescue dogs, one belonging to her daughter. “We were told we had two weeks to pick the two that we wanted and [a peace officer] was going to take the other four,” Doratty said. Doratty says she was unaware of the county’s bylaws, which allow only two dogs over the age of three months in one household.

Please sign the petition and let lethbridge county council know that this bylaw needs to be updated. These dogs belong at home with their family, not in an over crowded shelter where they could potentially be euthanized.