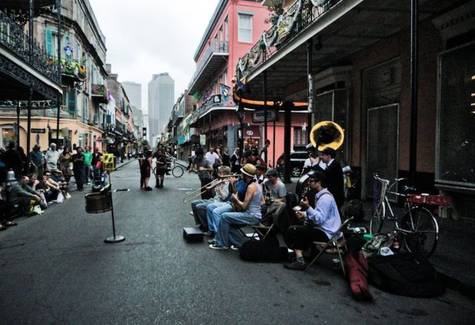 On Nov. 15, the NOPD, citing security concerns in the wake of the Paris terror attacks, closed down the beloved Royal Street Pedestrian Mall, opening the street to traffic and making it difficult if not impossible for the many street performers there to entertain visitors and make their living. On December 4, hours after nola.com published an article about the closing, the NOPD stated that the mall would reopen on December 5, which it did. As of now, the mall is open and protected under the law, but we as the lovers of New Orleans culture are worried for a few reasons:

The decision was made without any transparent or inclusive process regarding the concerns of those most affected: the performers and the shop and gallery owners and workers.

After reopening, the barricades were still locked and unusable, so the performers had to find other ways to block off the street. The NOPD was unhelpful, stating that no one knew where the keys were. This lack of effort by the city to follow the law and the lack of concern toward the cultural community is disappointing. Only 4 days later were the barricades unlocked.

It has come to light that at a recent French Quarter Task Force meeting, there are those that have been trying to close the mall for years, and the current world events offered an opportunity to advance their agenda. More worryingly, Brennan's and the other businesses on the 400 block of Royal Street are pushing for a permanent closure of the pedestrian mall.