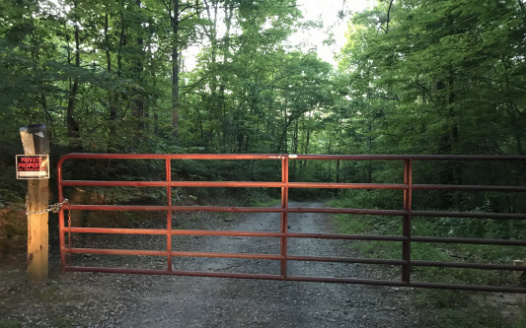 Despite opposition from all citizens in attendance, the county voted tonight to permanently abandon this road. The commissioner of our district, Steve West, who had failed to respond to our emails or phone calls for three weeks was the commissioner who moved forward with the motion to abandon.

Garland Mountain Way was once an important thoroughfare for residents, connecting Garland Mtn Trail to Salacoa and the closest fire station. Landowners were allowed to put up gates over the road, rendering it useless, and now the county plans to permanently abandon it.

We, the residents of Cherokee county request that the road be reopened to ensure public safety. Because there is no county water source on Garland mountain, the tanker truck at the Salacoa fire station must respond to a fire at our homes- what is currently a 10 mile trip would be reduced to 5 miles if the road were reopened. Also, in the event of a natural disaster it would be best for residents to have an alternate route off the mountain.

Lastly, in an era of exponential growth for Cherokee County, closing roads permanently is the last thing our infrastructure needs.