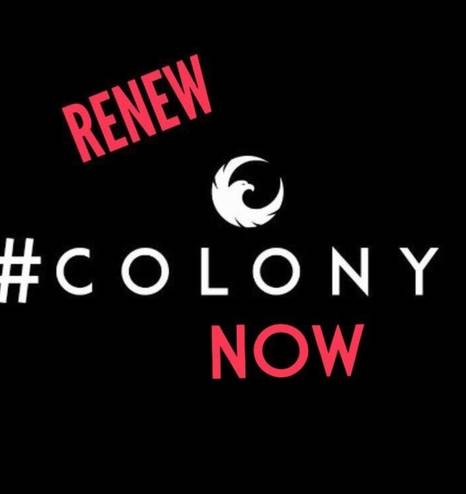 We, the fans and viewers of Colony on USA Network, do politely and firmly ask that you renew Colony now. The show is currently in it's second season through it's tenth episode, with only three remaining. We are a loyal and outspoken group of people that insist Colony receive it's third season. We've taken a look at the following average ratings and statistics this season:

- The hashtag #Colony has trended 10 straight weeks with a minimum of 4,500 tweets during the initial east coast air date/time

- A recent campaign by fans using the hashtag #RenewColonyNow has resulted in over 10,000 tweets/retweets, facebook comments and shares and continues to grow

It's understood that television networks need to take time in making the decisions to renew or cancel a television show, but we believe that the time to renew Colony is now. The ratings are high enough and the fan base is more than loyal enough. You've renewed shows with a lesser following and lesser ratings. It would be an absolute mistake not to renew Colony and allow the story to continue.

We respectfully ask that you renew Colony and announce it as soon as is possible. Don't make the mistake of leaving millions of worldwide viewers and fans disappointed. Renew Colony NOW!