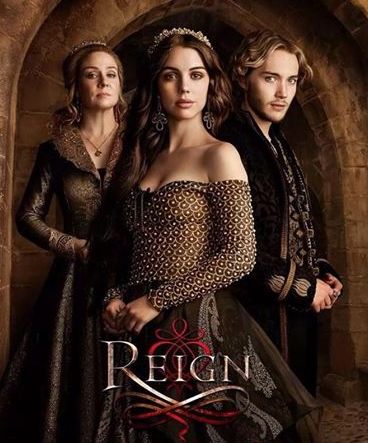 Reign captivates me. It makes me laugh, and cry, and swoon, and think. The writers of this show are damn good at their jobs. They know how to engage their audience, and get our passionate hearts pumping! Each week I'm overwhelmed by all the detail and work that has gone into the creation of this show. Clearly the Reign team works well together, and their efforts have been well worth it. The actors bring raw emotion to every syllable the writers have provided them with. Adelaide Kane and Toby Regbo are magnificent in their portrayals of the young Mary Queen of Scots and her King, FrancisII. Megan Follows is thequintessentialQueen Catherine. They bring life to characters who have long been dead and to those who have never lived at all. (I'm looking at you TorranceCoombs!)

Historical fiction has always been my favorite source of entertainment, and this show delivers! It’s intriguing, dramatic,action-packed, romantic, and all togetherlovely…not to mention thebadassleading female roles!

As @ReignedUsIn said “The cast and production team obviously work fluidly together to create endearing andheart-wrenchingepisodes that draw us in each and every week with eager and relentlessanticipation.”

Reign does something thatnootherdoes, it’s different. It’s not the same old song and dance of love triangles and “how to get theguy”plots. It grows in depth with each episode and explores realities while satisfying our fantasies.

Reign has grown in the hearts of many fans as it continues to be released world wide! It is a uniquely distinctive show in a sea of conventionality. The storylines areextremelywell written for an educated audience who appreciates not only the dialogue and the talented actors who portray the complex characters; but the beauty of it all - expressed through it’s sets, locations, costumes and music.

It is a show that I want to see renewed for many seasons to come. Pleaseshowyour support to renew Reign by signing this petition! You won’t regret it.

Long may it Reign.