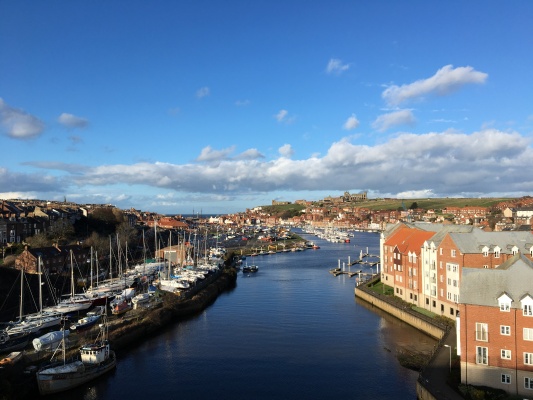 Since its completion in 1980, the Whitby Bridge has been colloquially known as 'the new bridge' and even many locals are unaware of its formal name. At Whitby Town Walking Tours we believe the name Whitby Bridge is uninspiring and at the same time confusing given the existence of two notable bridges in town.

Plans are afoot to salvage parts of HMS Endeavour from Newport Harbour in Rhode Island, USA. This will be a global newsworthy event and presents an opportunity to remind the world of Whitby's place at the heart of the Endeavour's story.

To coincide with the possible raising of the Endeavour, Whitby Town Walking Tours are leading a campaign for the Whitby Bridge to be renamed Endeavour Bridge.

The Endeavour, then the Earl of Pembroke, was built within sight of where the bridge now stands and any formal renaming will have little impact on the bridge's widely used name: 'the new bridge'. It will however reinvigorate interest in Captain James Cook's famous voyage of discovery and serve as a reminder of Whitby's shipbuilding heritage.

Please sign the petition and to find out more about the campaign email: whitbytownwalkingtours@gmail.com