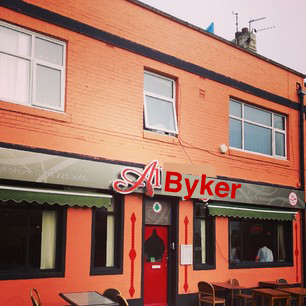 Byker's favourite restaurant Albaik just changed its name to The Bake, even though it isn't a bakery. We loved the old name. We love this place. We understand that they had to pick a new name once they started a franchise, but "The Bake" just won't do it.

This petition is to ask the owners to rename their restaurant and its new franchise "Albyker" (or "Al Byker" - whichever spelling they prefer), in order to reciprocate the love that its first neighbourhood Byker has for this wonderful place. A name reminiscent of the previous one, which also brings together Northern English and Middle-Eastern culture. And much less confusing name than "The Bake" (The Bake???)