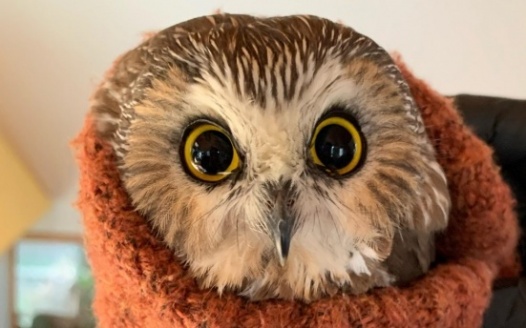 We, the residents of NYC and supporters around the world, share the wide interest & concern for the hungry, scared and now homeless owl found on the Rockefeller Center Christmas tree. And we reject the perverse attempt to name the owl “Rockefeller”: we submit that he should not have to endure yet another insult by bearing the name of the landlord that evicted him and destroyed his home.

Instead, we choose to recognize this owl as “Diego,” after the Mexican painter Diego Rivera. The Rockefeller family tried to treat Diego Rivera as their pet artist, but Diego’s wild nature shone through in the great radical fresco he created in the heart of Rockefeller Center—which the Rockefellers then desecrated and destroyed. Like Diego Rivera, the owl has also been maligned and mistreated by Rockefeller Center. How can we name it for its abuser?

Abajo “Rockefeller,” viva Diego! Give a hoot, and give the Rockefeller name the boot!