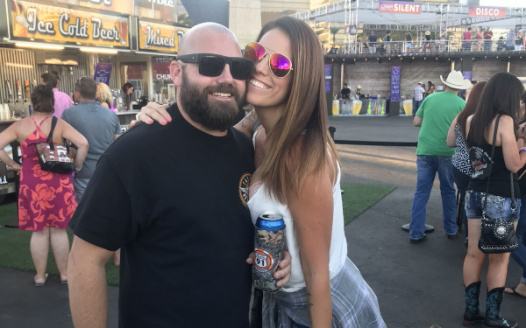 Rename a park in Beaumont in memory of Hannah Ahlers

On October 1st 2017 Hannah Ahlers was tragically killed at the Route 91 Harvest Festival, the worst Mass shooting in American history. Hannah was a resident of Beaumont, Ca. Her husband Brian and her three children still reside in Beaumont. Hannah had a special place in Beaumont. She’d often be involved with her oldest daughters sport activities, rooting for her daughter and the city she was proud to live in. Her family, her friends, and all those she touched here don’t forget her. I truly believe that Hannah deserves some love from the city she loved to live in. I’m taking the initiative to have the city of Beaumont rename a park in the city in honor of Hannah. Cities like Corona have already done this for those lost on October 1st and I’m asking the city of Beaumont to do the same thing. City officials have been receptive to the idea but I think with enough folks supporting the cause we can really make this a reality. Hannah was what Beaumont represented. Friendly, outgoing, passionate, and she deserves a place for her family and friends to go to where we can all honor her.