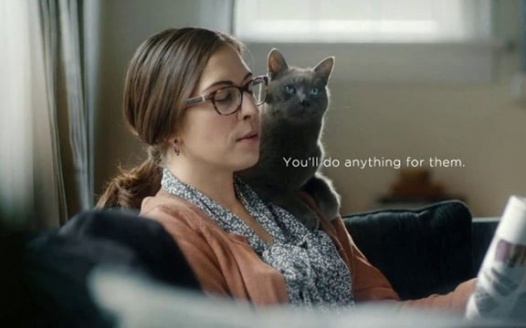 This is a commercial that's been airing on cable TV for a while now. Basically it's this woman on the couch with her cat reading from a magazine. There is a thump noise as a boy, her kid, is calling out to her "Mom! I fell!" Said mother doesn't get up, calling back that there are bandages in the cabinet. Her kid calls her once more, shouting, "I'M BLEEDING!!" The mom responds, "Get two!" And she, I'm not kidding when I say this, STILL doesn't move from her spot as what she does instead is feed the cat, completely ignoring her child.
----------
So my point, this ad clearly appears to promote some visible child neglect, and this is, in so many ways, DISGUSTING and CRUEL to watch or hear. It's commercials like these that are just downright horrible that it's appaling message is enough for me to mute the TV /change the channel. That's why uncomfortable content like this should be banned. Like, take it off the air. For good. Never to make it to television broadcasts again until it's nothing but a faint memory. And a little advice for Sheba and the people that made this ad: showing this stuff on TV with an ignored child in pain would not be enough for your product to be bought, because that sends wrong messages. Why not produce a little something more genuinely funny and harmless and pleasantly decent?