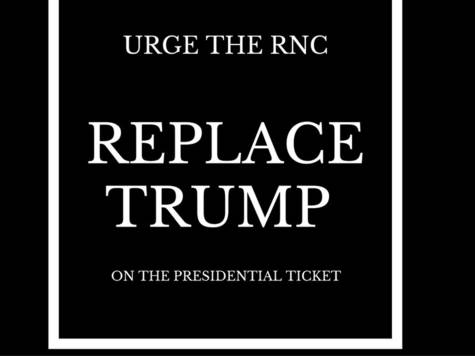 Remove Trump from the Presidential Ticket

We the people, who have long supported and held true to conservative values and principles, who fear the presidency of Hillary Clinton, but equally distrust a Donald Trump presidency, and are morally opposed to voting for Trump on a Republican ticket, call for Reince Priebus, Chairman of the Republican National Committee, to remove Donald J. Trump from the presidential ticket and replace him with Governor Mike Pence or another suitable option.

This can be done fairly simply, without needing Donald Trump to "step down" himself. We call on Reince Priebus or any member of the RNC to proceed as follows:

"The Republican National Committee is hereby authorized and empowered to fill any and all vacancies which may occur by reason of death, declination, or otherwise of the Republican candidate for the President of the United States."

According to the following explanation, the GOP could "declare the current state of affairs as falling under the category of 'otherwise,' and replace Donald J. trump.

Furthermore, the RNC, via Rule 12 could vote amend and clarify Rule 9. A three-fourths majority is needed to confirm an amendment, clarifying that the RNC has the right to remove Donald Trump from the presidential ticket in a moral crisis or pursuant to a state of affairs that deems a replacement necessary. If a member submits an amendment, 10 days must past, at which point the Standing Committee on Rules has the opportunity to approve such a measure. At this point, the measure would go to the RNC, needing a three-fourths supermajority to pass, which surely, in this climate, would be attainable and preferable.

Please add your signature to this message to express your support in the motion to remove Donald Trump from the Republican presidential ticket. For the good of our party and the good of our country, please sign.