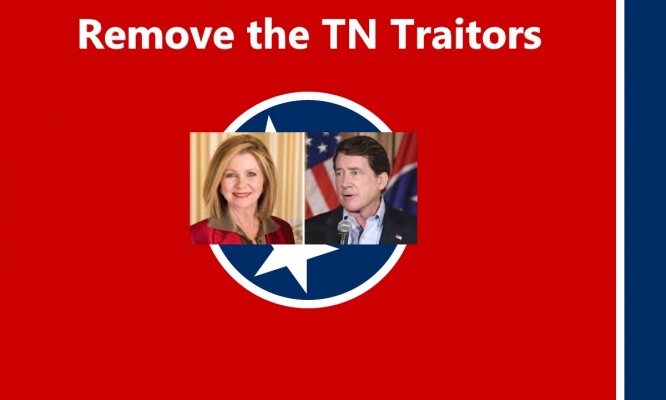 ***only sign if your are a Tennessee LEGAL Resident***

This is a petition to remove Marsha Blackburn and Bill Haggerty from the US Senate for betraying the will of the Tennessee voters that overwhelmingly sent them to Washington DC to represent their constituents interests. They have failed to do as stated, and they have openly lied in public forums including but not limited to Facebook, Twitter, and Instagram. They have put their own political interest ahead of the great people of Tennessee.

We are requesting that they be removed immediately, and that the state hold a special election to replace them.