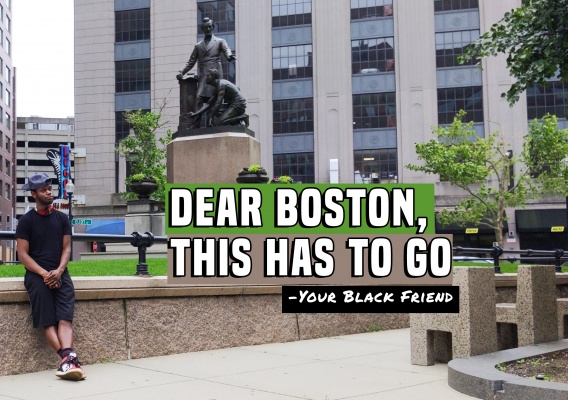 "The Boston Art Commission voted unanimously to remove the Emancipation Memorial in Park Square on June 30th 2020. The motion called for bringing in an art conservator “to document, recommend how the bronze statue is removed, supervise its removal and placement into temporary storage".

"A statue depicting a formerly enslaved man kneeling before President Abraham Lincoln was taken down from a Boston park on Tuesday (12/29/20) after officials this summer voted unanimously for its removal".

"Something that could have ended with people yelling at each other and breaking stuff actually ended up being a civil conversation between everybody in the city,” Mr. Bullock said. “If Boston can do it, anybody can do it.”