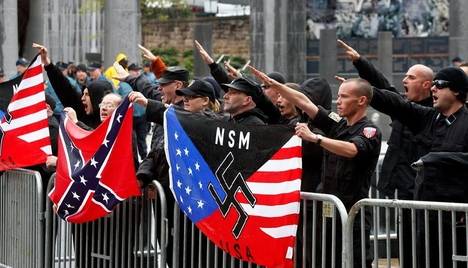 /r/The_Donald has become a cesspool of racism, xenophobia, homophobia, and lies. More so, they often brigade other popular subreddits, mass downvoting any negative mention of Donald Trump. This subreddit is essentially, CoonTown 2.0. The problem with this subreddit IS NOT that its users disagree with the mainstream political ideologies you might find on Reddit. The problem is, users are becoming radicalized here. They're being surrounded by Nazi rhetoric, and they begin to accept it as normal. This subreddit is a danger to the safety of users on the website, and possibly people in the real world, as users in The_Donald also operate a board on 8chan where they post dox of citizens who they find on Facebook talking badly about Donald Trump, as well as CNN anchors, etc.

Remove /r/The_Donald from Reddit, and make them go back to Stormfront, or /pol/ where their hatred belongs. These people are dangerous.