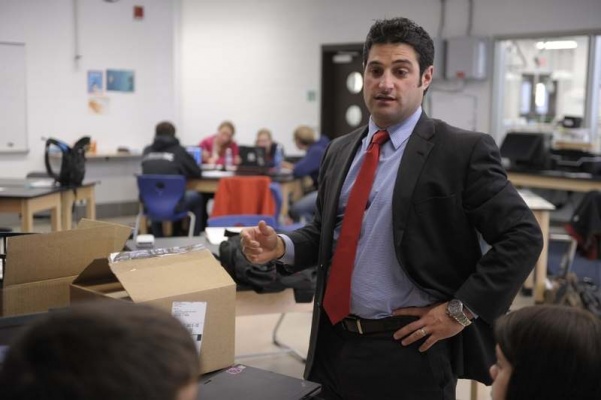 UPDATE: We have reached our current goal of 250 and decided to go for 300 to give more people an opportunity to speak out! Thank you everyone for your support!

The intention of this document is to provide extensive evidence, and to clearly corroborate the accusations made by many individuals. Students, parents, and administrators in Guilford, Montville, and Norwich Tech, have known Nicholas Spera’s abuse of power, documenting back to 2007. LEARN has continued to brush the abuse and control of Spera over students, parents, and faculty for over nine years. Below are accounts and reasons why Nicholas Spera should not remain in the Connecticut education system, and not be able to hold power over persons in first and secondary schooling. Holding Spera and LEARN accountable is the priority of former and current victims.

People have come forward as of January 16, 2020, when we found out that the principal of MSMHS, Nicholas Spera, has resigned from his position that he held for nine years, to accept another at the ISAAC school in New London, CT. Spera has reigned over MSMHS since the school first opened in 2011, and many believed he also would have died in that school, it was his baby. This event raised many questions, because he did not give notice he was leaving, so many came forward about their experiences with Spera. Under the Facebook page, Whale Tales Two, over 500 people, including former and current students, parents, and faculty, came forward to express their concern of Spera reigning over grades 6-8, this is the link to the original post (https://www.facebook.com/whale.tales.7/posts/2574647079423429 ). Among many things, Spera can be described as a racist, sexist, abuser and manipulator.

The mission statement of MSMHS, Marine Science Magnet High School, states that it is “a safe, respectful, and nurturing environment..believes effort creates ability and that all students can succeed...inspires students to develop the mindset and character needed to be active stewards of the ocean and contributing citizens in a global community”. At the bottom of their page is a blurb from LEARN stating, “LEARN Regional Educational Service Center does not discriminate on the basis of race, color, national origin, sex, age or disability in admission to its programs, services, or activities, in access to them,in treatment of individuals, or in any aspect of their operations”.The MSMHS website also states “...ensures academic rigor through a curriculum responsive to our diverse student body”.

For a school that is supposed to encourage and support diversity, it would not seem this way, not at the fault of the school, but of the principal, Nicholas Spera. While he ran and operated this magnet school, it turned into a caucasian school fast. The transfer rate, of minority students especially, is more than a towns’ public school. Many came to escape their sending public school, and many returned. You may not believe the accounts from the students and parents, but the numbers do not lie. Here is just one account, from a minority student who transferred out after the first year; Bella Rosado, would have been class of 2015,

“He yelled at me for wanting to look into a normal High school when I only told the counselor about it, and told her not to tell him. And he pulled me out of the classroom and spazzed on me because he was blaming me for the minorities that wanted to transfer too, but they made up their mind. He made me cry. And that’s when I decided to leave because after that conversation he treated me differently since he knew I was interested in another school.I left because I realized how controlling he was, and how worried he was about not having enough minorities to make his school look better”.

Citation Links: What are Magnet Schools

Attached is also accounts from those who have personally come to us wanting to share their stories, these are not found under the Whale Tales Two post (https://docs.google.com/document/d/e/2PACX-1vStVURpOTYAh_msaU83zNK4lqyRpumIqhYTnrKICPjlYq_76ZmTE6otaKIOtgaXctBfWnxb4RvsMHh_/pub )

We the people, believe Nicholas Spera should be removed from any educational positions he holds in the state of Connecticut, since he is not deemed fit, to have control over the state’s young educators.We demand a sincere video apology for the students, an apology to the parents, and lastly an apology to the faculty. He has hurt and abused so many, there is no taking back the damage he has already caused, but we hope we can prevent any future damages. Below is the link to our petition, please sign if you too, believe.